With the disenfranchisement of blacks at the turn of the 20th century after the Reconstruction era, Alabama Democrats suppressed populist challenges and the state became part of the “Solid South.” This constitution was not initially supported by the majority of Whites, but Democrats used the call of white supremacy to gain passage.[1] In addition to wanting to affirm white supremacy, the planter and business elite were concerned about voting by lower-class and uneducated Whites. Historian J. Morgan Kousser found, “They disfranchised these Whites as willingly as they deprived Blacks of the vote. Mrs. Marjorie Nixon Smith agreed to tell me “her story.”

Her close family call her “Marj.” Marj was born in Hale County, Greensboro, Alabama. Her parents: Virginia Nixon and Ed Brown, who were also from Greensboro, Alabama. At a very young high school age, Marj graduated from Hale County High School in 1956. At age six, Marjorie attended Bates Elementary School as well as her brothers and sisters who also attended Bates Elementary School. She was one of seven children: five girls and two boys.

From as far back as “Marj” can remember, she was an aggressive, outspoken person. But, typical of other Blacks, monetary resources and other limitations hindered her progress economically and career wise. Being hampered by the intense segregation in the South was a major setback in spite of her willingness to strive and get ahead. Her story is interesting, so I asked her some questions.

Do you ever think about what more you would like to have done during your life? 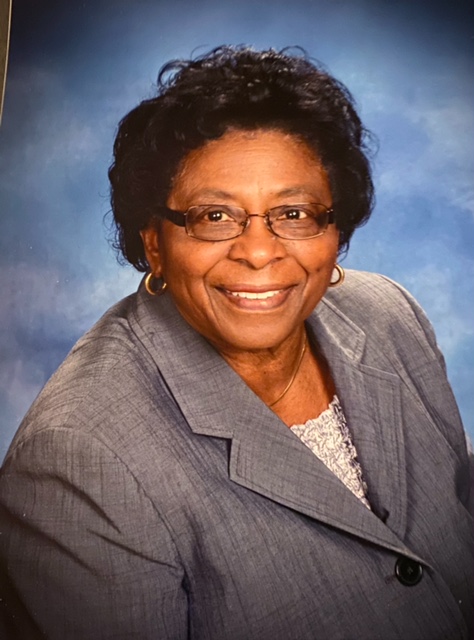 I was going to Wenonah Vocational School to become a certified beautician cosmetologist. I couldn’t go any longer due to the death of my sister, Catherine who died in 1958. This was very shocking to me, my whole family and the three boys without their mother who had the small children, Donzell, William and Clark (Richard). I had my mind made up and was happily anticipating to become an expert cosmetologist. Although, I never regretted having met this challenge of a lifetime, I did well.

How many children do you have? Do you want to mention their names? I had two children at that time: Erskine and Glen. But, although, you may have wanted to accomplish more in your life, tell me about the great education successes of other family members, who you influenced to be catapulted to their success, if you would like to.

I have unrelentingly encouraged other family members to finish college. This has been a major interest and we all family members have contributed to nephews and nieces, encouraging college and higher education. They have become successful businessmen and women too. Clark, successful businessman, as well, Joe Lewis got a doctorate degree and other successful young people of the family: Jacqueline, Leon all gone on to college and graduate school, Mark too.

This is very gratifying to me and they are part of my success, because I never gave up and I never gave up on them. I always like to ask this question, because when I observe the discipline exercised by seniors, I like to know what helped you to become so disciplined?

My wisdom came from God, The Lord Jesus Christ. I was always determined to make the best of my life. No spanking, or rough discipline.

Tell us something about your elementary and high school education. Did your teachers talk about the disadvantages of living in the South?

They were living there as a way of life. Big disadvantage is not being educated. Comprehension is critical. Don’t just take their word for —research to find out. Learn to read well, not just calling out words, but understanding what is being read.

Did you feel you were at a disadvantage when growing up in the South?

Even at 82 years, I’m still going to church and encouraging others, especially to make the best of their lives, go to school.

Tell me about one of the most discouraging and discriminating experiences in your life. I have heard you tell this story many times about your painful voting experience, which you never forgot. It’s pierced in your memory.

Well, I went to vote. It was a horrible experience! The tall White guy, skinny and maybe two black people. His appearance alone was intimidating! They asked the kind of questions that you would have to be presently enrolled in school to be able to answer the questions. They were questions about the government, questions requiring prior study and schooling. I knew all the answers. We were in a classroom with the little desks with seats. This tall White guy was strict and stern, saying, “Don’t look to your left, don’t look to the right, I will put you out. Look straight at me.” He was overwhelming tall and skinny. Most people in the classroom were White. I was breastfeeding my son, Junior at the time. He said, “Bring your paper up to me.” I gave him the papers. He said “Follow the line. When you open the second set of doors, a Judge will be sitting at the desk. He will give you more papers.” I had to swear on the Bible! To uphold the constitution. I put my hand on the Bible. Then I had to go out to more double doors and more double doors. He said, you will see two signs…You will see property taxes/toll taxes. I had to pay poll taxes. You go to downtown to pay the poll taxes. They made it hard for the people to vote. They didn’t want you to vote! They had things on that test exam that you learn about in school. It was horrible! After paying the poll taxes, I was eligible to vote. I had to go downtown. Now show social security. We were afraid in Alabama just sitting on the porch. People would throw eggs at you. It was rough. We stress now the importance of going to school and comprehend what is being read. Afraid…KKK would stand around downtown on 5th avenue Federal Building (White people). I had to register downtown at the court house and go to Washington school in the gym to vote with a voting machine. The line was very long. Many people. Polls closed. George Wallace went to the court house. People didn’t even get a chance to vote. Polls closed. White poll watchers. Questions: first president pertaining to government, things that didn’t make sense. If you had not been to school, you might not know the answers. Who cut down the cherry tree? Unnecessary and senseless questions not pertaining to who you want to vote for. They don’t want more mail in ballots (Georgia trying to make this restrictive law). What about people in wheelchairs to vote disabled. He was interviewing people at 16th street church. Called to alert within two minutes bomb went off. There was no time to evacuate the church. I think it was planned like that. We were afraid to sit on the porch with eggs thrown and before and after 16th street bombing. Couldn’t go any where. Black people couldn’t shop for more than a year…wouldn’t allow Blacks to sit at Newberry’s. They would run children down. They were on horses, hitting them with the Billy club. My brother said, I’m going to take you downtown. Children were going to integrate. They told them not to get out of school. Police were down there. Children walking hosed with fire hoses. Police on horses. Terrifying circumstances. I saw a woman pregnant, fire hose knocked here down. I had to pay poll taxes in order to vote. The exam was out of this world. May be 100 questions to take exam. Everyone got one and gave you a pencil too! “Look up. No looking to left or right or I will put you out (excuse you out).” Therefore, if you got put out, you couldn’t take the test “get out.” A Judge sitting with his robe on through the double doors. In the courtroom alone and he opened the Bible and I had to repeat after him. I declared this and that. Go through more double doors. Had to pay $1.50- or $3.00.

But, that’s why I called Marjorie Nixon Smith “The Teflon Woman.” She’s tough and survived despite of the many obstacles and saw many of her relatives take advantage of the later opportunities.

“The Way” “Trial Of The Conscience” Look For The “Good In Everyone!”“Vanessa and Lydia” “Today’s Successful Businesswoman”

Any cookies that may not be particularly necessary for the website to function and is used specifically to collect user personal data via analytics, ads, other embedded contents are termed as non-necessary cookies. It is mandatory to procure user consent prior to running these cookies on your website.